The One that Melted in the Dark 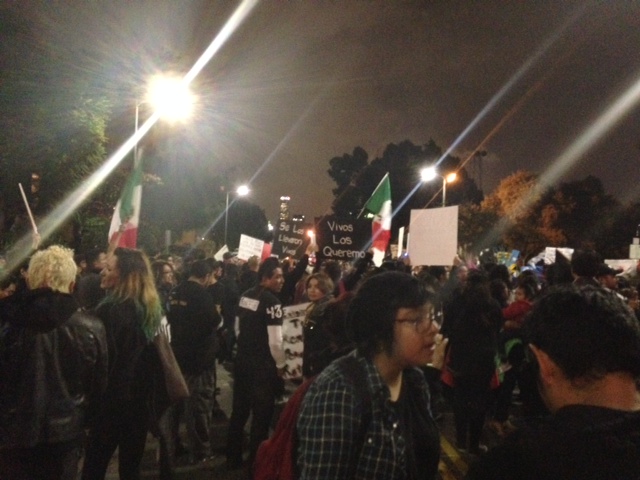 Take a stroll just five blocks east from my condo and you'll find yourself staring at one of the most beautiful urban parks in Los Angeles.  Formerly a drinking water reservoir, Westlake (and the MacArthur Park neighborhood in particular) were billed as LA's answer to the Champs-Elysées some time in the middle of the century.  Sitting in the famous Langer's Deli looking out onto the park, one can see the past logic that the neighborhood just outside of downtown would have been designed as a pleasantly residential area for families to live just a short streetcar ride from work.

Fast forward a few decades later, and the park would find itself the center of unfortunate crime and urban blight.  As with the rest of Westlake and Koreatown, one can see the vestiges of a bygone era in the ornate façades, in the asphalt that is peeling back to reveal the tell-tale streetcar tracks that betray what was once the world's most elaborate streetcar system.

In the past decade or two, significant strides have been made in revitalizing the park, repurposing such beautiful (but unoccupied) historic structures as the Park Plaza Hotel as an event venue (Lance Bass had his wedding there a few weeks ago).  Correction-it's actually called "The Legendary Park Plaza," perhaps because it isn't actually a functioning hotel anymore, and thus to call it a hotel would be false advertisement.  Though the park is still the place of Donna Summer fame, a place to go if you need a fake ID, the area has been a case where "revitalization" was not merely a euphemism for the displacement of the local population.

Halloween saw thousands of families taking to the streets for Trick-or-treating.  More importantly, the Mexican consulate's MacArthur Park-facing office has seen multiple demonstrations in solidarity with the Missing 43, including the one pictured above that temporarily shut down 6th St.   The demonstration took place entirely in Spanish, which I suppose is only surprising in that it surprises me.  The park is vibrant: never have I seen it during the weekend without a large crowd gathered for a game of soccer, with others playing frisbee or just laying on the grass.  Maybe someday the boathouse will reopen to allow for paddle boats once more.
Posted by Aaron at 9:37 PM