The One With the Backstory 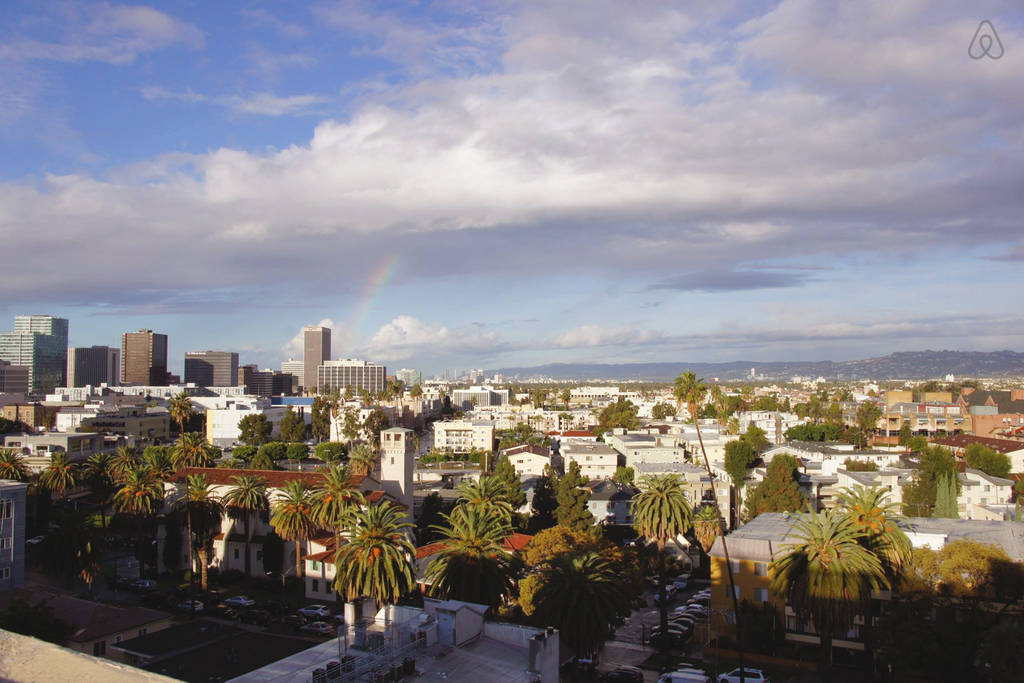 "You're moving to California."

My heart stopped.  Three years had passed since I had locked the door to my San Francisco apartment for the last time.  I quelled my voice to maintain my professionalism to my manager.

"I appreciate the opportunity, this is really exciting!  I'll look forward to discussing the logistics with HR."

I put down the phone.  I picked it up.  Hey, Rod, um, I'm moving to California.  Rod was my landlord and closest friend in Houston.  For a year I had been renting the first floor of his beautiful town home.  Moments later my phone rang and all that I could hear was "Why God?!" blasting through the earpiece, in his characteristic why-are-other-people-getting-what-I-want humor.

For the next month, I spent my evenings and weekends on Trulia and Curbed LA, trying to find the neighborhood in which I would live.  After life in Texas, I was ready to get back to a dense urban setting, and knew that the densest part of Los Angeles was the part that I wanted to call home.  Any neighborhood with "Beach" in its name was out for price reasons.  I consulted with a colleague who had lived in Hermosa Beach after growing up in New York.  He knew I hail Boston and that my sensibilities are accordingly calibrated. "You'll like Koreatown," he advised.

And he was right.

I found a place right on the border between the Koreatown and Westlake neighborhoods, near the infamous MacArthur Park.  Soon after moving in, I had my first taste of LA living.  A friend of mine moved to town as an aspiring actor and became my roommate.  While Nick eventually found himself a spot in West Hollywood, I managed to convince one of my closest friends from college to move here following her graduation from Princeton's school of architecture.  And in August, she became my new roommate.  This blog is the story of our experience in the second largest city in the United States, a city of dreams, of immigrants and perfect weather.  A city that is actually an amalgamation of dozens of neighborhoods.  A city that has seen social and economic rise and fall.  A city where everyone is just one big break away from immortality, but also one small break away from bankruptcy.  A city that has reinvented itself multiple times over the course of its history.  A city of nearly 4 million people (and a county of over 10 million). With luck there's room for 3 more.